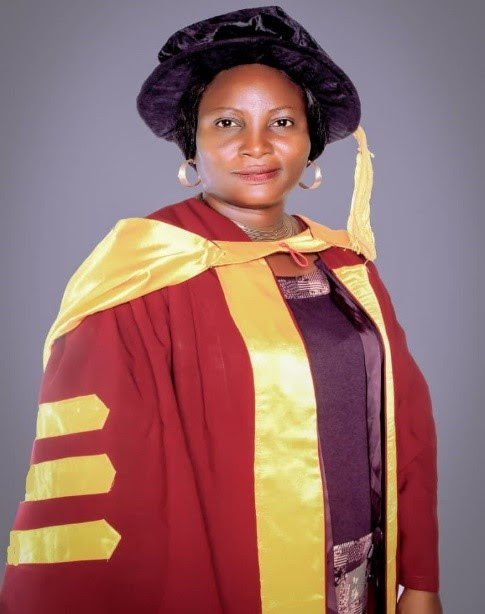 Dr. (Mrs.) Helen Ogechi Obikaonu is a native of Umunumo in Ehime- Mbano Local Government Area in the South Eastern Imo State of Nigeria. She was born on March 13th, 1969.

She joined the services of the Federal University of Technology, Owerri, as Research Assistant in 1999 in the Institute of Erosion Studies of the University. In 2001, she was transferred to the Department of Animal Science and Technology of the University as Graduate Assistant. She got promoted to the rank of assistant lecturer in 2003, lecturer II in 2006, lecturer I in 2009, Senior Lecturer in 2012 and Reader in 2015.

Dr. (Mrs.) Obikaonu has been deeply involved in the University academic and administrative work. She has been a very strong member of the School Board of Studies, member of the Curriculum Development for Establishment and take-off of Department of Forestry and Wildlife of the University, an academic adviser to 500 level undergraduates of the Department, member of school farm advisory committee, financial secretary FUTO.  Alumni Association 2004-2007, Member of the Welfare committee of the Academic Staff Union of Universities (ASUU), Owerri branch chapter, Member local organizing committee for the 5th International conference on Organic Agriculture from 15th-19th November 2009, Chairman Department of Animal Science welfare committee 2014 to date, Member Seminar/Workshop/Training 2014/2015, Member farm steering committee 2014/2015, Member SAAT Committee on Sanitation/Clean Environment from 2017 to date, Member L.O.C 43rd  Annual Conference of Nigerian Society for Animal Production (NSAP) held at Federal University of Technology Owerri, Imo State, from 18-22nd March, 2018, Dean SAAT Representative to School of Basic Studies Federal University of Technology, Owerri, Members L.O.C. 2019 Organization of Women in Science for the Developing World Conference (South Eastern Nigeria), Member Electoral Committee for 2019 Deanship Election for School of Agriculture and Agricultural Technology, Member Departmental Curriculum Committee from 2017 to date, Member Academic Staff Union of Universities (FUTO Chapter) Committee on Gender and Civil Society 2019 to date and appointed a Deputy Director Linkages and Advancement  Federal University of Technology Owerri (2011-2013). She is also an active member of relevant professional bodies. She is a Member of the Nigerian Society for Animal Production(NSAP) 2000 to date, Member Agricultural Society of Nigeria(ASN) 2002 to date, Member world Poultry Science Association(WAPSA) 2005 to date, Member of the African Women Leaders in Agriculture and Environment(AWLAE) 2006 to date, Member Animal Science Association of Nigeria(ASAN) 2000 to date, Member Gender and Diversity 2008 to date, Registered Member, Nigerian Institute of Animal Science and Registered Member, Organization of Woman in Science for the Developing World, 2013 to date.

As a vibrant and dynamic academic, Dr. (Mrs.) Obikaonu has supervised over 48 undergraduate projects, 4 post-graduate theses, has over 35 publications to her name, attended 32 Professional workshops/conferences both local and international and belongs to 8 learned societies.

In 2006, she received a fellowship award from the African Women Leaders in Agriculture and Environment (AWLAE) as partial financial support for her PhD study programme. She was the first academic staff of the University to receive the newly instituted National Award for best PhD research Proposals by the Academic Staff Union of Nigerian Universities (ASUU) in 2009 and inducted as Registered Animal Scientist (RAS) by the Nigerian Institute of Animal Science (NIAS) in 2009. Dr (Mrs.) Helen Obikaonu is currently the Ag. Head, Department of Animal Science, Federal University of Technology, Owerri.

She is married to Sir Clement C. Obikaonu, Rtd Director of Schools Imo State Education Management board and the marriage is blessed with 8 children.

Interested in sourcing for alternative feed resources to replace conventional ones for cost-saving and better protein utilization in poultry diets. Examples, cassava peels and leaf meals.