Skip to content
Welcome to the Department of Microbiology
Apply

From the Office of the Head of Department

On arrival to the Department, fresh students are assigned to a Class (Academic) Adviser whose duties include among others, students registration every session, advice on academic matter and compilation of the students results for Departmental Academic Board consideration.  There is no charge for the services given by the Class Adviser and students are encouraged to seek clarification on academic matters from their Adviser.  Any problem not resolved by the Adviser should be reported to the HOD through the Class Adviser.

The Department has set very high standards for itself and students are required to keep these standards.  Examination malpractices are seriously prohibited both in the Department, School and University at large.  Any student suspected of cheating during an examination or found guilty of any case of gross misconduct will be treated as stated in the current Academic Regulation of the Federal University of Technology Owerri.

Senate has placed a ban on the production and sales of handouts in the University.  However, the Departmental Academic Board prepares laboratory manuals for practical courses and texts for University courses taught by members of the department.  Such manuals and texts are sold to the students at affordable prices.  A list of such manuals and texts approved by the Departmental Academic Board will be displayed on the notice boards.  No lecturer in the department is allowed to sell any handout to students.  Students are advised to read and keep for reference to the Academic Regulation, which they obtain during registration.

We wish you the best.

The programme has been designed to provide a sound and general understanding of the concepts of microorganisms in relation to mankind, the environment, medicine and health, agriculture, food and the industry. In general the programme will elaborate on microbial activities that are crucial to the balance of nature. The microbiological programme will link the traditional biotechnologies to the current modern technologies and to biotechnology. The programme will sufficiently prepare students to take up positions in the industry, medical and health sectors, research institutes, for post graduate and professional studies in pure and applied areas of Microbiology and other related areas of biotechnology.

Brief History of the Department

In 1988, the University decided to operate a Departmental structure and based on NUC approved minimum academic standards, the Department of Biological Sciences was established with options in Industrial Microbiology, Industrial Biochemistry, Biotechnology and Molecular Biology.

In the 2011/2012 session, the curriculum for the Department of Microbiology was reviewed for the award of B. Tech. Microbiology while the name of the programme was changed to Microbiology. The Department has thirty-three (33) Academic staff including six (6) in the Professorial cadre. The student population has grown from sixty in 2002/2003 to four hundred and eighty-eight (488) in 2017/2018 session.

The Department has been administered over the years by

Note: The Department to submit soft copies of the results to HOD/Exam Officer.

To be admitted into the 5 year B. Tech. (Microbiology) degree programme, the candidate, in addition to an acceptable pass in Unified Tertiary Matriculation Examination (UTME) (combinations: English, Physics Chemistry and Biology) must have either the following;

Senior Secondary School Certificate credit level passes in five (5) subjects which must include English Language, Chemistry, Biology, Mathematics and Physics in not more than two sittings. In addition, an acceptable pass in the UTME into 100-level is required.

In addition to fulfilling the requirements in (2.ii & iii) above, a holder of OND (ND) and/or HND must also have five (5) GCE O/Level Credit Passes as in (1i) above.

The academic curriculum of the department is drawn in line with the existing academic curricula of other departments in FUTO.  The first-year students take the common foundation year courses; the second year students take the common School of Sciences (SOSC) courses with introductory courses in Biological Sciences; the third year students take common Biological Sciences Courses as well as specialized courses in Microbiology; Fourth and Fifth years are exposed to different fields of Microbiology with emphasis on technological applications. 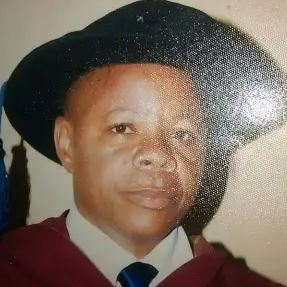