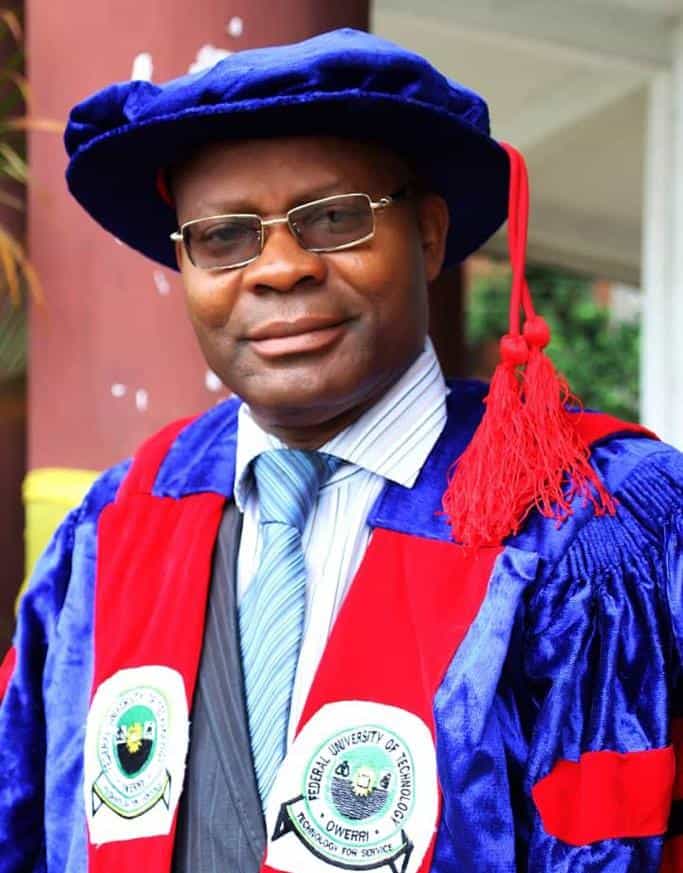 Young Christopher was born in Kano, at a time his father was serving there as a staff of the Nigerian Railway Corporation, prior to his retirement and homeward relocation in 1966. Christopher had his early education at the community primary school Atonerim Ihitte  (1970-75) followed by a secondary training at Boys’ High School  Ihitte in  Ihitte/Uboma (1975-1980).

Following his secondary education, Christopher Eze secured admission to the University of Nigeria Nsukka in 1981 to read Agricultural Economics. He pursued his studies with diligence between 1981 and 1986 and graduated Bachelor of Agricultural Economics (with Second Class Honours) in 1986. He proceeded for his National Youths Service in Benin City (1986/87) and soon returned to the University of Nigeria in 1989 for postgraduate studies – he trained between 1989 and 1991 for M.Sc in Agricultural Economics, and from 1991-1996 to bag a PhD in Agricultural Economics (1996), based on a major thesis on “Community Development Associations and fund Mobilization for Rural Development Projects in Imo State, Nigeria”. He worked briefly in his Department as an Assistant Lecturer in 992 having graduated as the best graduating student in 1990/1991 academic session.

Christopher Chiedozie Eze’s substantive work experience commenced in 1992 with an appointment as a Senior Training Officer under the National Board for Community Banks, under the presidency. He served in this capacity up till 2002 when he sought and secured a teaching Appointment with the Federal University of Technology Owerri. He was appointed a Lecturer I in the Department of Agricultural Economics, School of Agriculture and Agricultural Technology. Over the years also he has supervised scores of undergraduate and postgraduate students and taught courses and served as Team Leader for some major Research Projects, including especially works on “Cassava Post-Harvest Needs Assessment surveys for Ebonyi State, Enugu State, and Anambra State respectively. And the competitiveness of high-quality cassava flour survey in South East, Nigeria(2015).

Based on his extensive research contributions, Christopher Eze has published numerous Scientific Articles in local and International Journals. Among other things he has to his credit over ninety  Journal Articles in peer-reviewed Journals; plus about four  Technical Reports and an extensive profile of Papers presented at various Conferences and Workshops locally and overseas. As should be expected, his teaching experience, research works and publications earned for him some due recognition and steady career progression, from the rank of Lecturer I (2002-2005) to Senior Lecturer (2005 – 2008), Reader/Associate Professor (2008 -2011) and ultimately to the status of a full-fledged Professor of Agricultural Economics in FUTO in 2011. He was the 24th Inaugural Lecturer in FUTO. He has a book to his credit entitled Dynamics of Agribusiness, Finance and Farm Assets planning published in 2016

Professor Christopher Eze has served in various Administrative and Management positions in the University system over the past years. These include his services as:-

A devoted Economist, with outstanding Social Inclinations, Christopher Eze is gifted with the unique attributes of boundless resourcefulness, and an enthusiastic zeal for knowledge, justice and fair play. No wonder he found time, in spite of his very busy schedules, to read Law; and between 1999 and 2008 he had bagged the twin qualifications of LL.B (University of Nigeria, Nsukka) and B.L. (Nigerian Law School). Furthermore, he has earned some due recognitions, research fellowships and awards from the following, during the past few years:-